5 Reasons Why You Should Choose An Engine Forklift Truck

By Marcus Turner
Find me on:
Read next 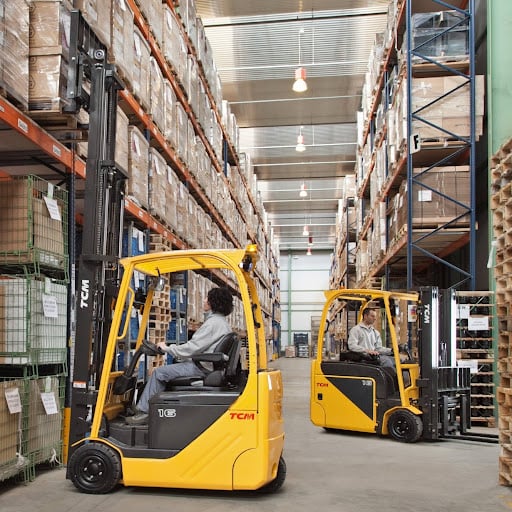 What You Need To Know About Forklift Servicing and Maintenance

When it comes to choosing counterbalance forklifts you have two main options: powered by electricity or by an engine.

Some great things are being done with electrification and there are certainly places in your fleet for electric trucks, but there is still a lot to be said for internal combustion (IC) engines.

Whilst we certainly recommend embracing the future by going electric, we also strongly believe that every fleet can profit from a truck or two powered by an engine.

Here are five benefits of engine forklifts and why they can still be a useful addition to your operations.

One of the biggest plus points for engine-based trucks is that the upfront cost is generally pretty affordable. As there is no need to invest in any additional infrastructure or parts, like battery charging areas or the batteries themselves (which can get quite expensive), you can make a big initial saving by putting your faith in engine technology.

This is particularly beneficial for smaller organisations where only one or two forklifts are required. The truck is a one-time purchase with no fuss and no added extras – you’re ready to get straight to work.

As well as having a low purchase price, engine-based trucks are also relatively inexpensive to maintain.

The parts involved aren’t vastly different to those you would find in road vehicles, so operators familiar with cars will find them fairly intuitive to use and repair. You probably have people just like this in your company already, allowing maintenance to be largely done in-house.

The standardisation and simplicity of the parts also means they are readily available and inexpensive to buy. There are no unique systems or components that require time and money to be spent on specialist engineers or bespoke suppliers.

Refuelling is unlikely to be an issue either; you may even have a ready supply of diesel available to you in your workplace. If your truck runs out of fuel, your operator just refuels and is away again without having to wait around for batteries to recharge.

Trucks with engines are incredibly powerful pieces of equipment. Diesel engines in particular are able to generate huge amounts of power as they have a lot of torque (the rotational force of the engine).

Just as diesel engines in cars have more torque than petrol engines, and are therefore used in bigger vehicles like vans and lorries, there is more power in an engine truck than in one powered by electricity.

This has a positive impact on how engine forklifts work, as the load capacity will be much higher than electric trucks. Electric motors may struggle to lift more than four or five tonnes, but a truck with a diesel engine can manage much more than this. The only electric trucks capable of lifting such large amounts are incredibly expensive, as are the batteries required to run them.

The high torque of an IC truck is also handy if you work on inclines or gradients. An electric truck won't perform as well going up slopes because they can overheat as the motor becomes overloaded. Engine trucks don’t have this problem.

Engine trucks are useful in a range of environments too. If your truck is constantly outdoors in a yard, for example, its performance won’t falter if it gets wet, dusty or dirty. Trucks with engines are robust, lending themselves to more arduous environments where they will be subject to rough terrain and wear and tear.

If you handle containers on a dockside, for example, you’ll need a forklift that is capable of being outside in all weathers and able to work near water, which is well within the remit of an engine truck.

The same is true for hazardous environments. If you often work in places with volatile gases, such as a paint warehouse for example, there is always the chance of ignition should a truck create sparks. To counteract this, engine trucks are usually easier and less expensive when it comes to converting their components and making them explosion proof.

This may come as a bit of a surprise to some, but in some circumstances, engine trucks can be just as environmentally friendly as electric trucks. Whilst electric trucks don’t produce fumes, charging their batteries does produce noxious fumes, which then have to be vented away.

Historically, people think of diesel engines churning out plumes of smoke, but that’s not the case anymore as most have clean air engine technology installed.

Diesel and gas-based trucks are much more fuel efficient than they used to be too, with the majority being Stage V compliant and made to follow ever-stricter emission regulations.

Find out how the TCM Engine Counterbalance range can ensure your business is compliant with the Stage V regulations.

As you can see, engine trucks are still incredibly worthwhile pieces of equipment. Electric trucks have many positive aspects of their own, but for raw power and increased versatility, IC trucks still lead the way. When you also consider the low purchase price and the ease of maintenance, it becomes clear that an engine truck would be a welcome addition to any fleet.

Do you have questions about which type of truck would work best for your operations? Contact your local TCM dealer, who will be happy to help!